It is with sadness to find that the previous owner of the 1984 Subaru GL, Merle Nicklas, had passed away. In July, I tried calling Merle, but his phone number had been disconnected. I wanted to give him an update on Little Red and the upcoming 20th annual West Coast Subaru Show held in Shelton, Washington. 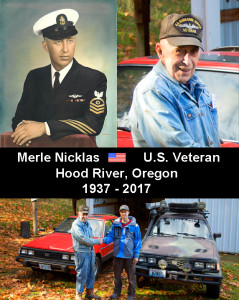 Earlier this month I made a special trip to his home in Hood River, Oregon to visit his home. I was informed by Mary and her fiancé Dov that Merle had passed away last year on June 18, 2017 at age 80 and that they both purchased the home last summer. Merle’s wife Sophie Nicklas passed away two days later also at the home on June 20, 2017, with friends and neighbors at their sides.

Merle enlisted in the navy immediately after high school, where he became a submariner and served as an engineman for over a decade on both conventional and nuclear-powered submarines achieving the rank of chief petty officer. In 1969, he transferred to the army with rank of chief warrant officer and served two tours in Vietnam, commanding army supply boats on the Mekong River and Delta.

A picture of Merle and Sophie in October 1984 at the home in Hood River, Oregon 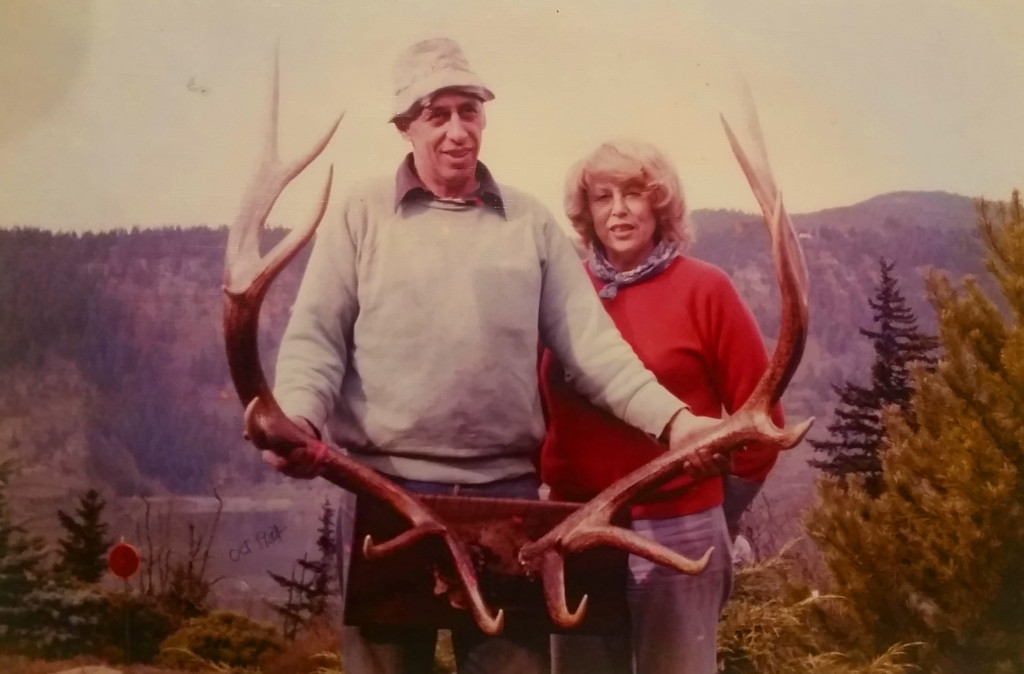 A friend of Merl’s purchased the 1984 Subaru GL Hatchback brand new at Continental Motors in Anchorage, Alaska in 1984. She worked as a secretary for ESSO. She drove a Honda up to Anchorage summer of 1984 and because it didn’t do well in snow, she asked Merle his advice. Merle told her, “get a Subaru”. And this is what she did. Later in 1990, she brought the Subaru on a ferry from Anchorage to Seattle, Washington and drove it to Fairview, Oregon. What happened, the Subaru GL started miss firing on her. She took it to the Subaru dealership in Gresham, Oregon and they told her she had a blown engine. It was only cylinder 1 & 3. When Merle heard this, he told her that it couldn’t have a blown engine if it would run on #1 & #3 because it must have compression. So he knew what was wrong. There are two magnets on the ignitions and when one of them cracks, it knocks out #2 & #4. You run on #1 & #3 on one magnet, and #2 & #4 on the other magnet. The dealership told her that they would give $1,200 for the Subaru. After she discussed the issue with her husband and how he didn’t want to deal with the mechanical issue, she told him to call Merle if he would be interested in purchasing the car. Merle agreed to buy it and her husband wouldn’t have to worry about it. Merle drove it from Fairview to Hood River, Oregon. It would only do 40mph on 2 cylinders, but his wife was following him in a ¾ ton Chevy 4wd pickup in case it needed to be dragged home. When the little Subaru reached the bottom of the hill, it needed to be towed up his driveway. As soon as he had a chance, he took it apart and he put new magnets in and it hasn’t had a problem since.

As Merle remembers, nobody has sat in the back seat. The spare tire has never been used. The longest trip was taken to Idaho and Glacier Park. With only 95,000 miles, the car truly showed mint at the view of the interior. He has only put Qaker State 10w30 in the engine as he reminded me that these EA81s have solid lifters. He mentioned when filling the washer reservoir too high, it will leak out. Also it is hard to put in reverse so you may need to double clutch it. The hydraulic struts for the rear hatch was also worn and he showed me a custom bracket he fabricated to latch.

When I returned home, I called Merle of my safe arrival. The next day I began pressure washing the wheel wells. Since Merle lived on a dirt road, the mud had accumulated on each of the 4 wheel wells over the decades. The mud had turned into a clay substance and while he likely washed only the external painted surfaces of the vehicle, most of the wheel wells remained dirty. When I finished pressure washing the wheel wells, I was disappointed to find holes through them. Now I had seen what Alaska’s salty roads had done to the car in those first five years. The water from the pressure washer had soaked the interior of the carpet as well as finding an opening to the fuel filler neck that had corroded from above contaminating the fuel tank with water and debris. I spent two weeks repairing the vehicle. Both sides of the rear quarter panels had corrosion building from underneath the fender flares. A lot of the supporting material would have to be removed. I was not in a position to pay a body shop to professionally restore it so I decided to remove as much rust, and then treat it with a rust reformer with the help from my friend Michael. We chose to use fiber glass jelly to fill in the holes and rebuild the lost material. I temporarily decided to use some Ford tractor red paint to blend the area that was reworked. I asked my local Subaru dealership, Dewey Griffin Subaru, if they could find a new fuel filler neck for the corroded filler neck. With my surprise, they found the very last one on the East coast of the U.S. After repairing and controlling the corrosion damage, I had a chance to cut and polish the painted surfaces. The results were amazing.

On September 16, 2017, “Little Red” was welcomed at the Grand Opening of the New remodeled Dewey Griffin Subaru Dealership in Bellingham, Washington State.

On July 7, 2018, “Little Red”, the 95,000 mile  1984 Subaru GL had the opportunity to attend West Coast Subaru Show 20 at The Ridge Motorsports Park near Shelton, Washington State on July 7th, 2018. At the end of the day, WCSS handed out the Show-N-Shine awards, as well as raffling prizes from what their generous sponsors donated. During the ceremony, “Little Red”, the 1984 Subaru GL was given 2ndplace in Generation 2.  1st place went to a 1984 Subaru GL-10 with under 10,000 original miles with the added factory option of Power Steering, Air Condition, Power Windows, Cruise Control and a digital speedometer.

Little Red, Merle and his wife Sophie will be remembered.

Both Merle and Sophia’s Obituaries can be found below 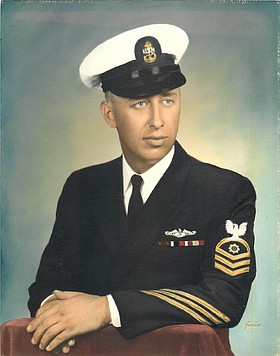 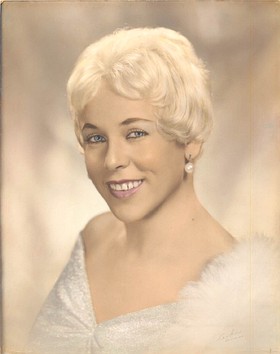