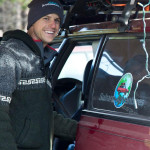 Bryan has been passionate about Subarus since 2002.  The influence of the World Rally Championship were the building blocks to All Wheel Drive in his 1987 Toyota Corolla.  Bryan is a helicopter maintenance technician as well as a member of the Subaru Ambassador Program and partakes interest in the outdoors. Bryan has been a Subaru owner since 2004 after purchasing a 1999 Subaru Impreza 2.5RS.  Bryan shares a vast experience in world traveling through his work and childhood years growing up in Switzerland.  “Why I Love Subaru” 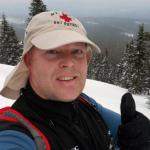 Gregg is an outdoor survivalist since the 1970s. A former boyscout and mountain bike racer, backpacker, back country skier, climber, and a skilled automotive technician/fabricator. Gregg brings a wealth of knowledge and experience in the outdoors as well as overlanding in all conditions. Gregg is the originator/fabricator of the 84′ Subaru GL and now currently drives an 03′ Subaru Forester. 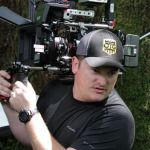 Chris is passionate about overlanding and film producing as a career. He is the originator of the Subaru Loyale and currently owns a Toyota 4Runner which he uses for overlanding. 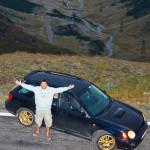 Dan has been driving for decades across Europe. His expertise in routes, permits, logistics and safety will be key.  He is a proud owner of the “bugeye” Subaru Impreza WRX.  Dan currently works for Lotus Cars Ltd. 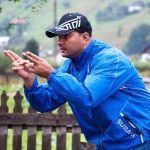 Julian has been driving lorries across Europe for over 1 year and in combination of 6 years in the United States with an accumulation of 1 million miles of experience. His expertise in accommodations and safety in Eastern Europe will be extremely useful. 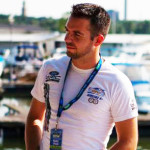 Being brought up in the Special Forces, Achilleas has a wealth of knowledge and experience across Europe & Greece surviving and adventuring the Alpines of Italy. As part of the Hellenic Air Force Military Police, security and safety are his priorities. 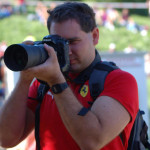 Roland has owned Subarus for 11 years including an Impreza Rally Car and also shares a hobby for photography. He has recently taken part in the film Okamoto Professor starring a 1982 Subaru 4WD Turismo 1800. Video can be found HERE 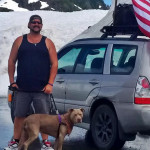 Michael has been passionate about Subarus since 2007 when he purchased his first Subaru, a 98’ Subaru Legacy 2.5 GT. Shortly after, he acquired a 98’ Subaru Impreza 2.5RS and currently overland’s his 06’ Subaru Forester 2.5X.  As a Subaru Ambassador, Michael has proven a positive attitude and willingness to inspire others about Subaru. He shares an exceptional knowledge in mechanics as well as the ability to adapt to his surroundings no matter what challenges arise. Michael is the newest team member of Subaru-Adventures and has grown up in the Northwest with much experience exploring the local forest roads. His most recent trip was a cross country road trip to the Grand Canyon with his best friend, a red nose pit bull named Lucy. Please welcome Michael.

The 1992 Subaru Loyale is no ordinary Subaru. It was originally thought out by Chris Miller in 2000 after purchasing it from Emich Olds Tucson Arizona Subaru Suzuki Dealership with only 90,000 miles. It was traded in by an elderly grandmother being the original owner. His plan was to daily drive it. Little did he know it would come this far in 14 years.

At the end of 2012, the chassis had been driven 312,000 miles! Chris had priorities to attend, and the time on continuing with the project had been put to a halt. There was no choice, but to sell it. While calling him Christmas 2013 to speak of cinematography and wishing a Merry Christmas, I was told the news. After discussing his intentions of the Loyale, we felt it be wise for adopting the vehicle and finishing the dream he had planned. Coincidentally, the 1992 Subaru Loyale was both our 4th Subaru where there was no need on changing the Subaru Badge of Ownership placard.

In January 2013, I began finishing the project. While working in Perth Australia, I was able to find replacement parts and accessories for the Loyale including an ARB bumper, L-series corner lights, L-Series “SUBARU 4WD” side trims, Pirahna Power Shower, ARB awning, Fishing Rod “Rocket Launcher”, Light Force 170 Spot Beam Lights, and a Snorkel Intake System. I successfully finished the project by the end of 2013 with an accumulation of 700 hours into the body work, minor corrosion, fabrication, water plumbing for the PowerShower, and routing of the wiring for the onboard air compressor, OAT, solar panel built-in wiring for the secondary batter. The vehicle was fitted with an 04 Legacy Outback 90amp alternator to run the electronics. In 2015 the Subaru has been tested constantly and has shown extreme potential in reliability and endurance.

Colorado is one of the most picturesque and highest mountains in the Continental United States.  July-September will be most ideal to make this trip since most passes will be open at elevations reaching from 10,000-12,000 ft, but looking at annual openings of passes and snowfall early summer may be ideal.

With its higher altitudes and similar characteristics to the Swiss alps will give the EJ22 powered engine a test for its higher altitude capabilities.  Lightening the Subaru Loyale will be critical and reducing the parasitic drag from the overhead compartment. The EJ22 may not be happy, but a few have already done it, but not fully loaded for a weeks adventure. The trip will benefit greatly in testing endurance, cold weather, and atmospheric denser air and allowing more incredible footage of different sceneries. Bear spray, bear proof canisters are in order. They will rip open a Subaru like a tin can for lip balm even..  Checking laws for all States traveling will be key.

Europe Trip (TBA):  Since Fall of 2013 I had made plans in driving the finished built 1992 Subaru Loyale to Europe in reaching every country. The trip has recently been postponed for more testing and planning. This will allow the team and myself to look further into the logistics and in the mean time further explore the Pacific Northwest and the West Coast. I would first like to build my experience in overlanding to further benefit our trip  across the Atlantic ocean.

The 92′ Subaru Loyale will eventually cross North America to New York where it will be loaded in a 20′ shipping container to be vesseled to England.  container . Duration would take place within a 2 year period and visiting the following countries:

With organized planning, determination and help from Subaru enthusiasts around the world, the team will be able to reach its destinations safely.

Thank you all for the support and we hope to meet you soon!