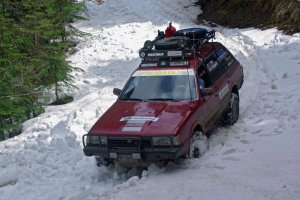 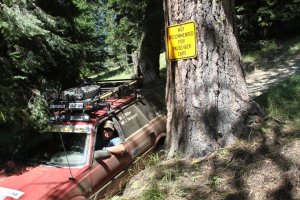 The 1992 Subaru Loyale is no ordinary Subaru. It was originally thought out by Chris Miller in 2000 after purchasing it from Emich Olds Tucson Subaru Suzuki Dealership with only 90,000 miles. It was traded in by an elderly grandmother being the original owner. His plan was to daily drive it. Little did he know it would come this far in 14 years.

At the end of 2012, the chassis had been driven 312,000 miles! Chris had priorities to attend, and the time on continuing with the project had been put to a halt. There was no choice, but to sell it. While calling him Christmas 2013 to speak of cinematography and wishing a Merry Christmas, I was told the news. After discussing his intentions of the Loyale, we felt it be wise for adopting the vehicle and finishing the dream he had planned. Coincidentally, the 1992 Subaru Loyale was both our 4th Subaru where there was no need on changing the Subaru Badge of Ownership on the rear hatch.

In January 2013, I purchased the vehicle. While working in Australia, I was able to find replacement parts and accessories for the Loyale including an ARB bumper, L-series corner lights, L-Series “SUBARU 4WD” side trims, Pirahna Power Shower, ARB awning, Fishing Rod “Rocket Launcher”, Light Force 170 Spot Beam Lights, and a Snorkel Intake System. I successfully finished the project by the end of 2013 with an accumulation of 700 hours into the body work, minor corrosion, fabrication, water plumbing for the PowerShower, and routing of the wiring for the onboard air compressor, OAT, solar panel built-in wiring for the dual battery system and upgrading to a 2004 Legacy Outback 90amp alternator to run the electronics. 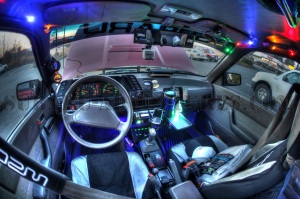 2016 Europe Trip: My initial plans is to drive the 92′ Subaru Loyale across North America to New York where it will be loaded in a 20′ container. The container will eventually be shipped to England where the journey will first begin through Scotland and Ireland. 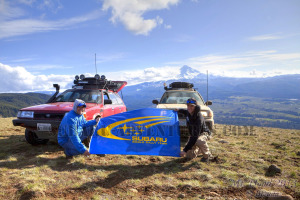 With organized planning, determination and help from Subaru enthusiasts around the world, the team will be able to reach its destinations safely while capturing an array of photos and videos to look back on for centuries in the highest quality.

As Helen Keller once said, “Life is either a great adventure or nothing.”

Thank you all for the support and we hope to meet you soon! 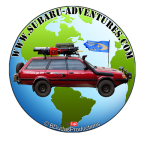